Reviewer: akablueman - favoritefavorite - January 3, 2009
Subject: song1
the name of the first tune is black satin, obv none of you are miles davis fans or your posers for not knowing name of song. This recording is not good but the music and musicians present is smokin
Reviewer: shamasuva - favoritefavoritefavoritefavoritefavorite - February 16, 2006
Subject: More Haircut, less music
Can someone tell me how to download this legendary haircut story? I am interested in hearing that but don't need this "Stanton Moore Band" stuff. What is that anyway?
Reviewer: Dcknyc - favoritefavoritefavoritefavorite - March 4, 2005
Subject: Set List
Great show. The tunes are mostly from Stanton's "Flyin' The Koop" Record which features the same band with Karl Denson instead of John Ellis.. This is an excellent show, who cares about a 10 second conversation about a haircut in the middle of a tune, it's a live show, what do you expect, the music is great, that's what matters.

might be the venue, but regardless, it won't get much time in my cd player.
Reviewer: gangsterhippy - favoritefavoritefavoritefavoritefavorite - October 6, 2003
Subject: tapers with attitude
Just wanted to drop a big fat FU to the reviewer bitchin about people talking at a concert. Like im gonna shut up for you. I still remember my first dead show. I wasn't familiar with taping policies and I saw a guy with his gear all set up, so i walked over and asked "whats up with this? You can just record them?" The guy rolls his eyes at me and says "ever heard of a little thing called the grateful dead?" so i just said "that was aweful jerry garcia of you, i'd like to beat yer hippy ass" I just don't get that. people are there to have fun, besides hearing the crowd helps you visualize the environment. I don't know why tapers have to be dicks but i do appreciate what they do!
Reviewer: boyder - favoritefavoritefavorite - February 20, 2003
Subject: good show
this was a great show... about the people talking during the set tho...
if you are getting a FOB recording, dont bitch when you get crowd noise/people talking... just because you have mics doesnt make you more important than anyone else who is there to see the show and have a good time... tired of people talking, go to the tapers section where you can tell people to shut up all you want.
Reviewer: Jonathan D. - favoritefavoritefavoritefavoritefavorite - February 18, 2003
Subject: Solid show/recording, if not for.......
.....the dumb-asses who are talking throughout the second song. Look folks, when you see a mic at a show, it doesn't mean it's karaoke night. Who cares if your friend got a haircut. Not the people who want to hear the show. If you want to talk at a show, go outside. Awww, there's a no re-entry policy. Damn the luck. 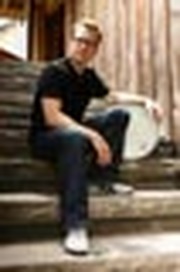